How many of you are overwhelmed by the amount of disease around you, the theories about why so many more people are getting sick these days, and all the things we should avoid to keep us healthy?  It can honestly be too much to comprehend sometimes. EMF, synthetic ingredients and medications, air pollution, skin irritants – my goodness!  How are we not all riddled with anxiety about all the risks and dangers?

Why not simplify things and take it one step at a time?  I’m starting a blog series on easy ways to replace some common “culprits” and find the one or two things that you can easily use to give you a little peace of mind. I will try to provide you with information on the potential harm of the product I’m suggesting a replacement for so that I’m not just feeding fear but providing a natural solution.

If there is something in particular that keeps you up at night that you’d like me to address, I would love your ideas. Please leave a comment with your suggestion of topic.

I never blog about promotions, but this one is too good to keep to myself.  See links below for details on how these essential oils can help you find natural solutions to use in your everyday life.

For today only, you can get doTERRA’s Petal Diffuser, Breathe Respiratory Blend, and Wild Orange all for only $47!  This is a perfect introduction kit to essential oils and aromatic use.  If you are able to pick this up in the 77024 zip code when it arrives, please use the form linked below to order.

To sign up for my doTERRA newsletter and be notified of other promotions, please use this link.

If you are on social media or even watching the news at all, you are most likely seeing some extreme stereotyping going on. A stereotype is a belief about a certain group of people and can be either positive or negative. Sometimes just using a word to describe a group of people can be construed as stereotyping.

Millennial, Conservative, Democrat, Christian, Republican, Atheist, African American, Liberal…did any of those “labels” alone bring up a positive or negative emotion for you?  Have you ever been grouped into one of these categories and someone assumed your beliefs must be the same as everyone else in that group?

The fact is that some of these labels are being used extensively in this post election time we’re in. However, I can promise you that everyone that identifies with one of these groups is not identical to the other people in that group.  We are ALL unique in our beliefs and values.

Not every millennial is expecting handouts. Not every person who voted for Trump is a racist. Not every Democrat is liberal (or vice versa). Not every Christian is a hypocrite.

Unfortunately, I think the reason this is hitting a bigger nerve with me is that I haven’t felt like I was lumped into a particular stereotype until recently. Except maybe when I was a “working mom.” Stereotyping has always irritated me and at times made me incredibly angry!  Because it goes against my core value of Respect. Stereotyping has been going on for years and years and to many extremes (growing to prejudice, discrimination and flat out racism).

How do we fix it? In my opinion, I can fix myself by refraining from stereotyping both publicly and in my own thoughts when confronted with it. I can attempt to raise my kids with similar core values so that they too do not make assumptions about people around them labeled in a certain group.  I can try my hardest to not judge those around me when they openly stereotype others. And I can pray that God will open the eyes of everyone who struggles in this area. Because imagine the level of peace we could see if the finger pointing stopped and we all realized that EVERY person is different, has feelings, has beliefs that may differ from our own, and that’s ok!! 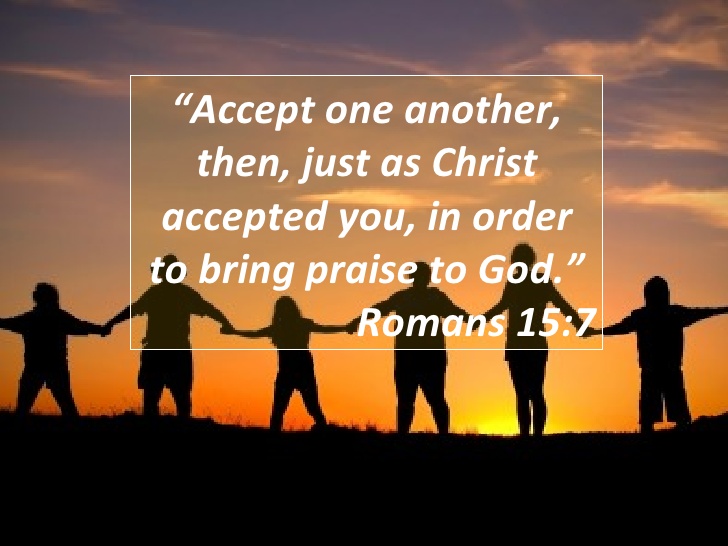 How many times have you said “So sorry!  We have plans already that night and can’t make it to your party!” Do you ever feel like you need to explain when you RSVP no to an event?

Why do you feel the need to apologize to someone when you say no?  Perhaps it’s because you don’t like people saying no to you?  Or maybe you are just saying you’re sorry that you can’t be there or do this or that because you really don’t want to say no but you’ve already committed to something else.  The latter is probably usually the case but that doesn’t necessitate an apology

I suggest trying to skip the apology in the future. The fact is that we all have busy lives and commit our time or money to the things we prioritize in life. Saying no should not hurt anyone’s feelings. At the same time, we need to be willing and able to accept the answer “no” and should not over analyze that response.

When people respond to a request from me with an apology, I always say back “No need to apologize!” I want everyone to be able to see that a question is just that – a question. Sure, you should be gracious for the invitation and express that!!  But try not to apologize that you are prioritizing something else in your life, even if your no response is because you just want to stay at home that night and relax with your family.

Want more reading on this topic?  Check out this book. There are others written by the same author focusing on boundaries in marriage, with your kids, or while dating.

Boundaries: When to Say Yes, How to Say No to Take Control of Your Life https://www.amazon.com/dp/0310247454/ref=cm_sw_r_cp_api_EKd-xbAGWBPRC

Here I am!!  Ready and willing to write about whatever is on my mind and in my heart. My intent with this website is to bring attention to what brings joy to my life, what keeps me going, and any steps along the way that bring a more natural way to feed and nourish myself and my family.

I am always looking for ways to improve myself and my daily walk in this ever changing world. I am nowhere close to perfect and have no intentions or expectations of getting to perfection. However, near and dear to my heart is sharing things that have gotten this imperfect self to better places throughout my life.

Let’s talk about core values today. A few years ago I was encouraged to identify 5 or 6 core values that resonate with me. “The core values are the guiding principles that dictate behavior and action.” (http://examples.yourdictionary.com/examples-of-core-values.html#c1l8s5LgPZqwyS4d.99) The question I asked myself was actually related to situations or circumstances that made me feel uncomfortable. For example, a coworker that lied to me obviously made me feel negatively. Which core value did that point to?  Trustworthiness.

When all was said and done, here is what I came up with. Keep in mind that everyone has their own set of core values. What makes me squirm in discomfort may be perfectly comfortable for someone else. But I do hope to instill these values into my children, one way or another. 🙂

I have some descriptions related to these that are my personal beliefs on what these core values represent to me, for example, how integrity and trust differentiate themselves in my life. Some of that is too personal to share and would be different for you.

Thank you for reading!  I hope you’ll leave commments of support or recommendations for topics.

Why We Get Fat - And What to Do About It